Stan experienced the Continental Circus, the memorable Grand Prix era during the 70′.  He photographed the modern GP, met all the great pilots: Barry Sheene, Kenny Roberts, Giacomo Agostini, Dominique and Christian Sarron, Valentino Rossi, Marc Marquez… and was the friend of many of them. He witnessed their joy, their pain, their suffering, their glory; Stan Perec is not only a very great photographer, he is a unique witness of several decades of Grand Prix that he lived up close to the track.

Born in Poland in 1941, Stan discovered photography at the age of 5 years old. At 24, he moved to France and took French nationality. Passionate about photography, he became a mechanic and discovered the world of the motorbike racing. He had the opportunity of meeting Michel Rougerie, Jean Aureal, Thierry Tchernine… and the photographer Alain Rouge who took him on the tracks and initiated his new passion for racing photography. His best memories were built with Patrick Igoa, Dominique Sarron, Alex Vieira, Gérard Coudray and Loris Capirosi. The worst experience of his career was the fatal accident of Michel Rougerie.

Stan took a great number of legendary pictures. You will certainly have admired some of his work. Even if the man has been retired since 2013, he loves to bring out his cameras for a Grand Prix. Stan’s talent still remains present in the GP world: he transmittted his knowledge to another great photographer, his nephew Lukasz Swiderek, who continues to travel the world in search for the perfect moment. The two famous pictures of Valentino Rossi and of Marc Marquez in motocross on their MotoGP, overpassing inside the Corkscrew curve in Laguna Seca, was his work! 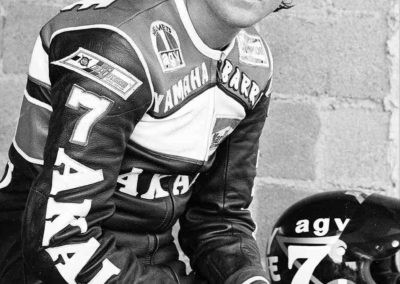 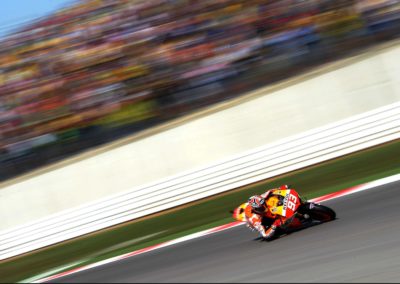