At the end of 1969, the BSA Triumph group asked Rob North to build a small series of frames for the racing teams, initially to participate at Daytona 200. Some frames were equipped with Triumph Trident engines and others with BSA Rocket 3 engines. In 1970, the Triumph Rob North finished Daytona 2nd with Gene Romero and 3rd with Don Castro, then took the first three places in 1971: Dick Mann won on BSA in front of Gene Romero on Rob North Triumph. The 1971 season was excellent for the English triples which won all the major races, from Daytona to the Bol d’Or to the F750 TT and Production TT races. 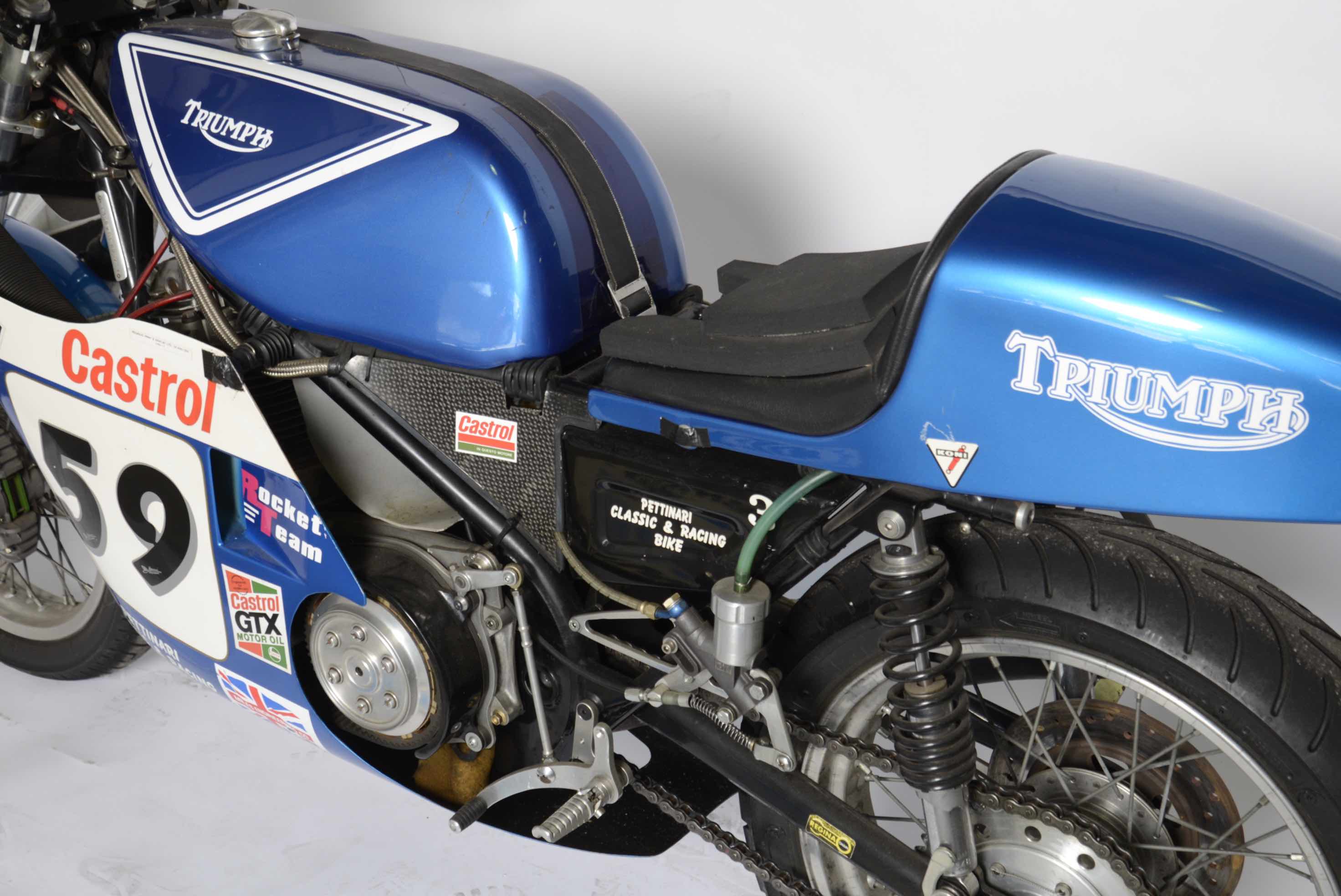